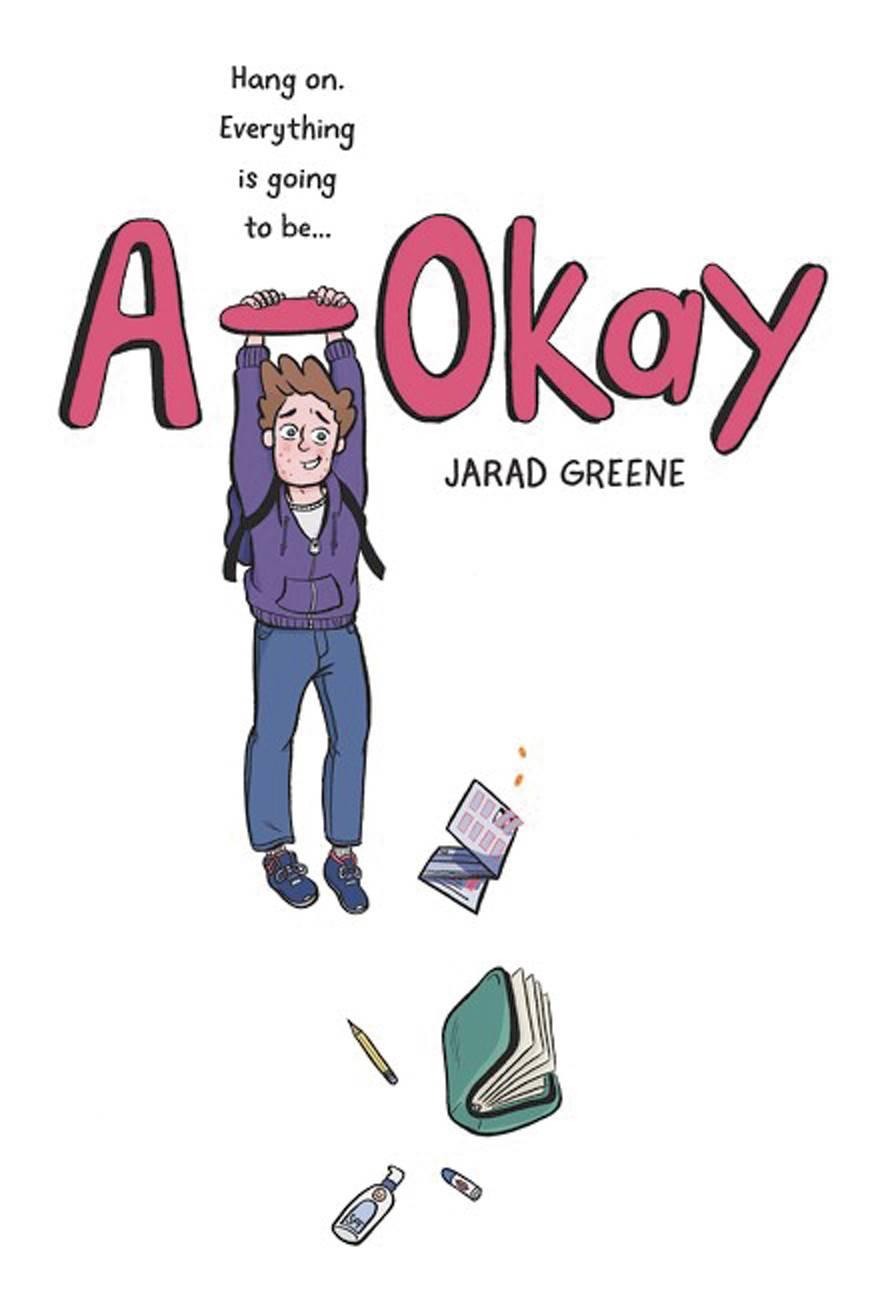 A-Okay by Jarad Greene is a vulnerable and heartfelt semi-autobiographical middle grade graphic novel about acne, identity, and finding your place. When Jay's acne goes from bad to worse, he is prescribed a powerful medication that comes with some serious side effects. Regardless, he's convinced it'll all be worth it if clear skin is on the horizon. Meanwhile, eighth grade isn't going exactly as planned. All of Jay's friends are in different classes; he has no one to sit with at lunch; his best friend, Brace, is avoiding him; and-to top it off-Jay doesn't understand why he doesn't share the same feelings two of his fellow classmates, a boy named Mark and a girl named Amy, have for him. Don't worry, though . . . everything is going to be a-okay. (Right?)