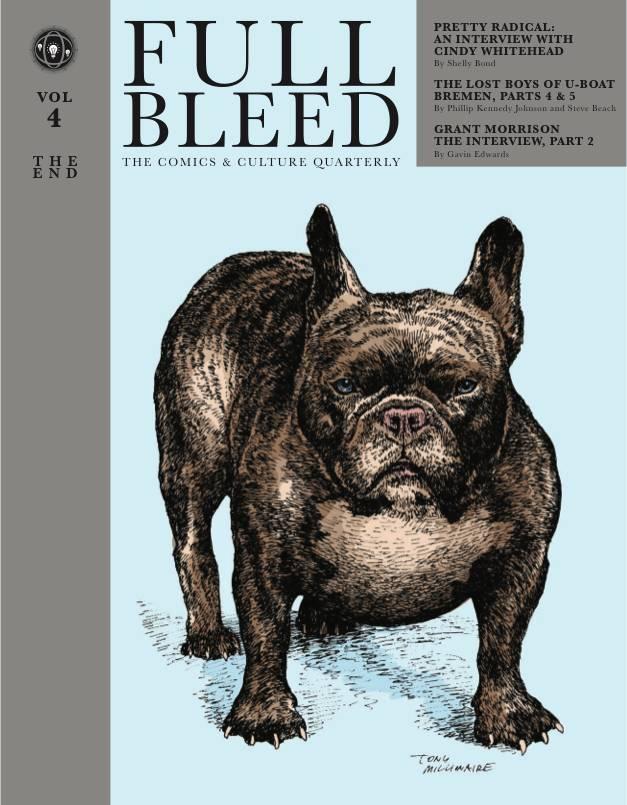 They say all good things must come to an end. Alas, this is also true with the World's ONLY 200 page print-only hardcover magazine - FULL BLEED, at least this version, is coming to a close with its final volume, THE END. But we may just have saved the best for last! Here's just the beginning: Part two of Rolling Stone's Gavin Edwards lost and unpublished Grant Morrison interview, The final two chapters of Phillip Kennedy Johnson and Steve Beach's epic "The Lost Boys of U-Boat Bremen," an epic appreciation of legendary artist George Pérez by The New York Times' George Gene Gustines, a long interview with Cindy Whitehead, the world's first female professional skateboarder, by Shelly Bond...and that's just for starters! THE END includes more of the fine mix of fiction, interviews and comics you came to expect in the first three volumes of FULL BLEED.