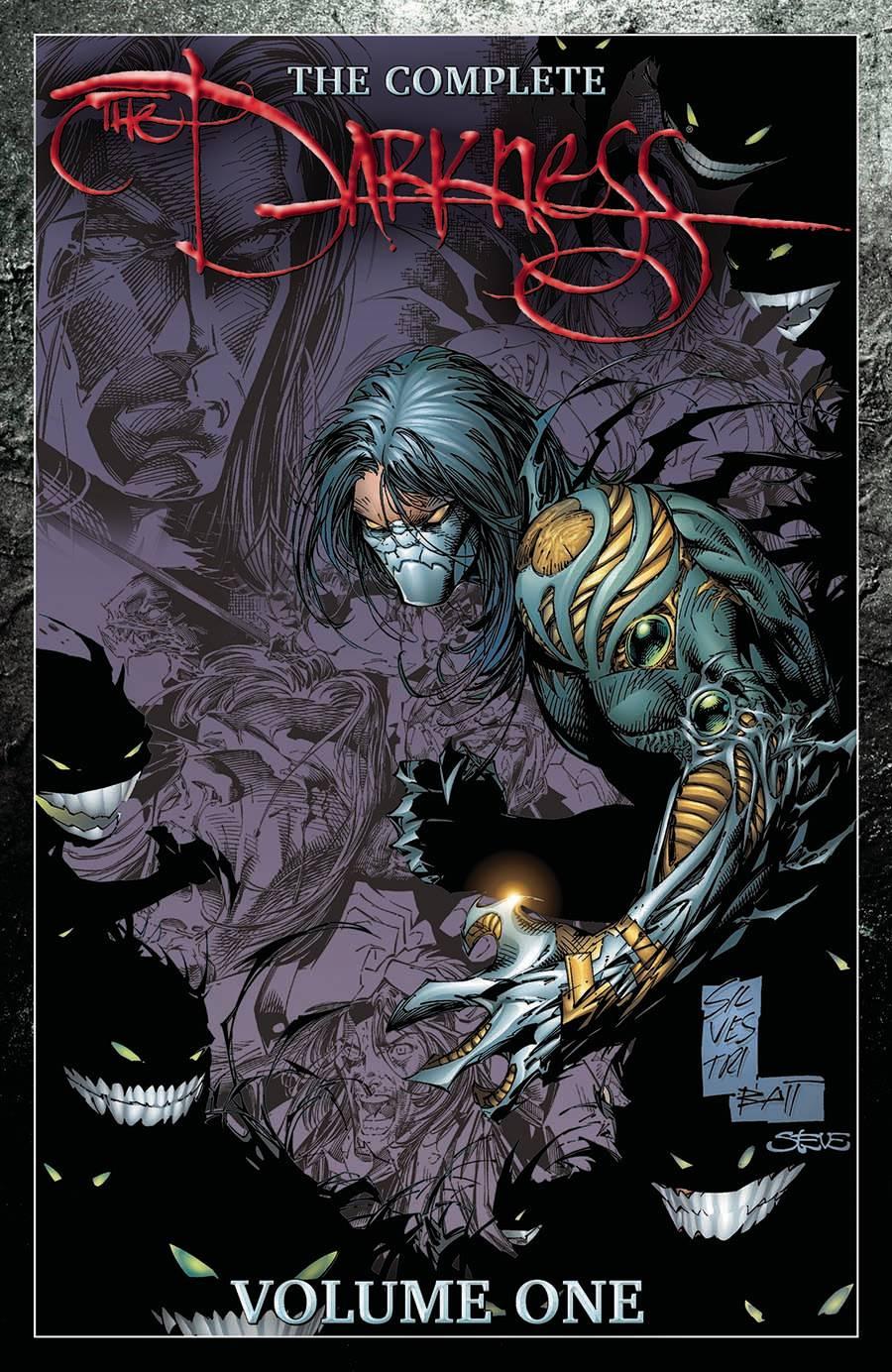 ADVANCE SOLICIT! The criminal underworld of New York City is a dark and brutal place, but it's never seen horror like this... In the opening salvo of this bestselling series, created by industry legends MARC SILVESTRI and GARTH ENNIS, up-and-coming mobster Jackie Estacado discovers a nightmarish new inheritance-the supernatural power known only as the Darkness! Weighing his conscience against the ability to mold the shadows to his will, Jackie finds himself dealing with worse than the usual wiseguys: an ancient cult, an angelic archenemy, and the corrupting consequences of the demonic entity empowering him. All this and more, gorgeously rendered and painstakingly assembled in the first of a series of absolute collected editions Collects DARKNESS #1-18, TALES OF THE DARKNESS #1-4 & 1/2, DARKNESS: PRELUDE #1, WITCHBLADE #10, #18 & 19.