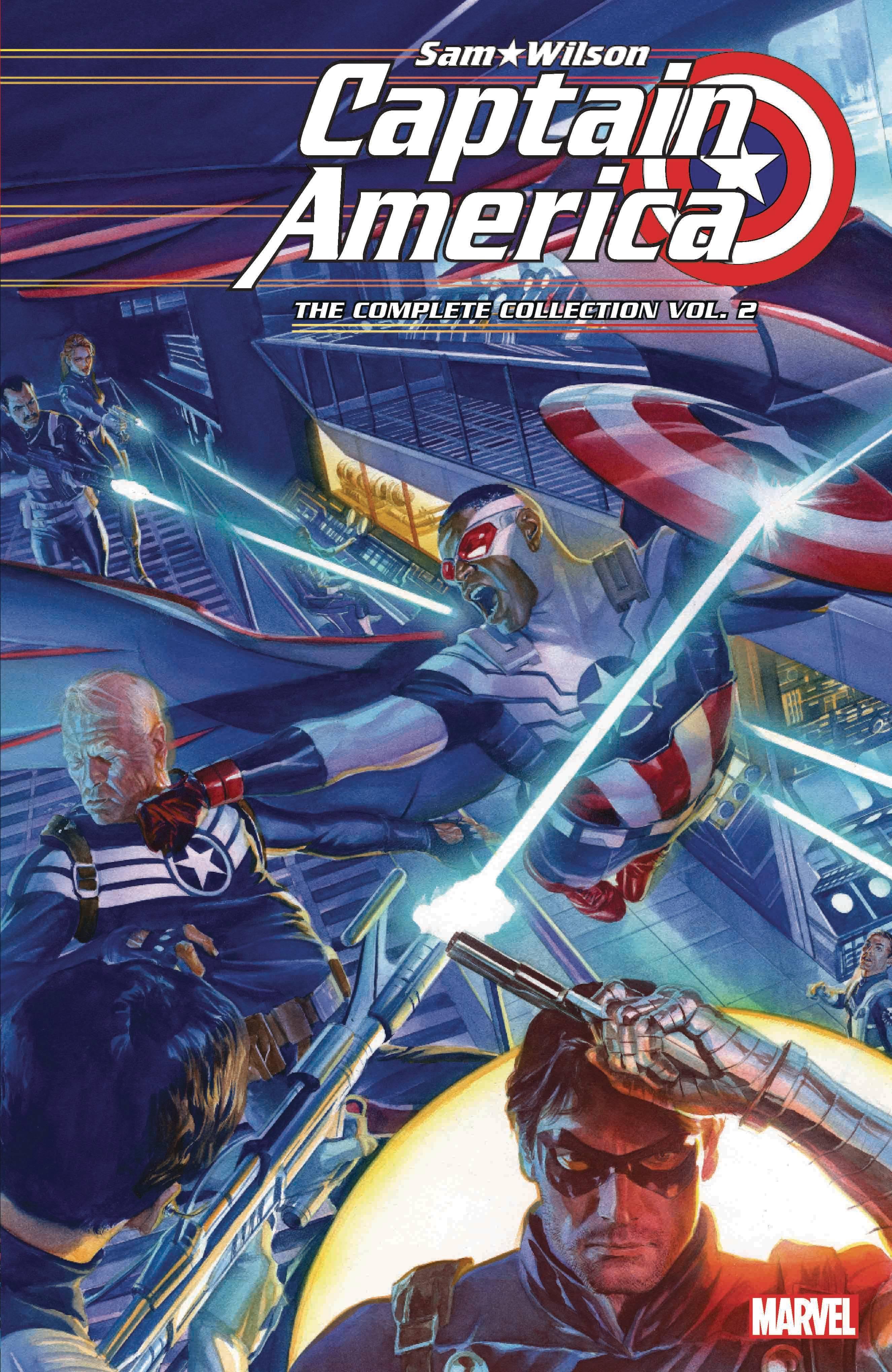 Sam Wilson flies high in the red, white and blue! The events of AVENGERS: STANDOFF will reunite the current Captain America with two former shield-slingers: Steve Rogers and Bucky Barnes! When the dust settles, will there be two Captains America? Sam is struggling to find his place in a country he seeks to represent, and a second superhuman Civil War won't make that any easier! Threats mount, including the Americops and Flag-Smasher - but the greatest enemy of all might be one of Sam's staunchest allies! Mighty Knight, Rage and the new Falcon join the fight - but will Hydra's Secret Empire clip Cap's wings for good? Plus: In an intergenerational adventure, Sam and Steve fight side by side during World War II! Collecting CAPTAIN AMERICA: SAM WILSON #7-24, CAPTAIN AMERICA (2017) #25 and GENERATIONS: SAM WILSON CAPTAIN AMERICA & STEVE ROGERS CAPTAIN AMERICA. Rated T+