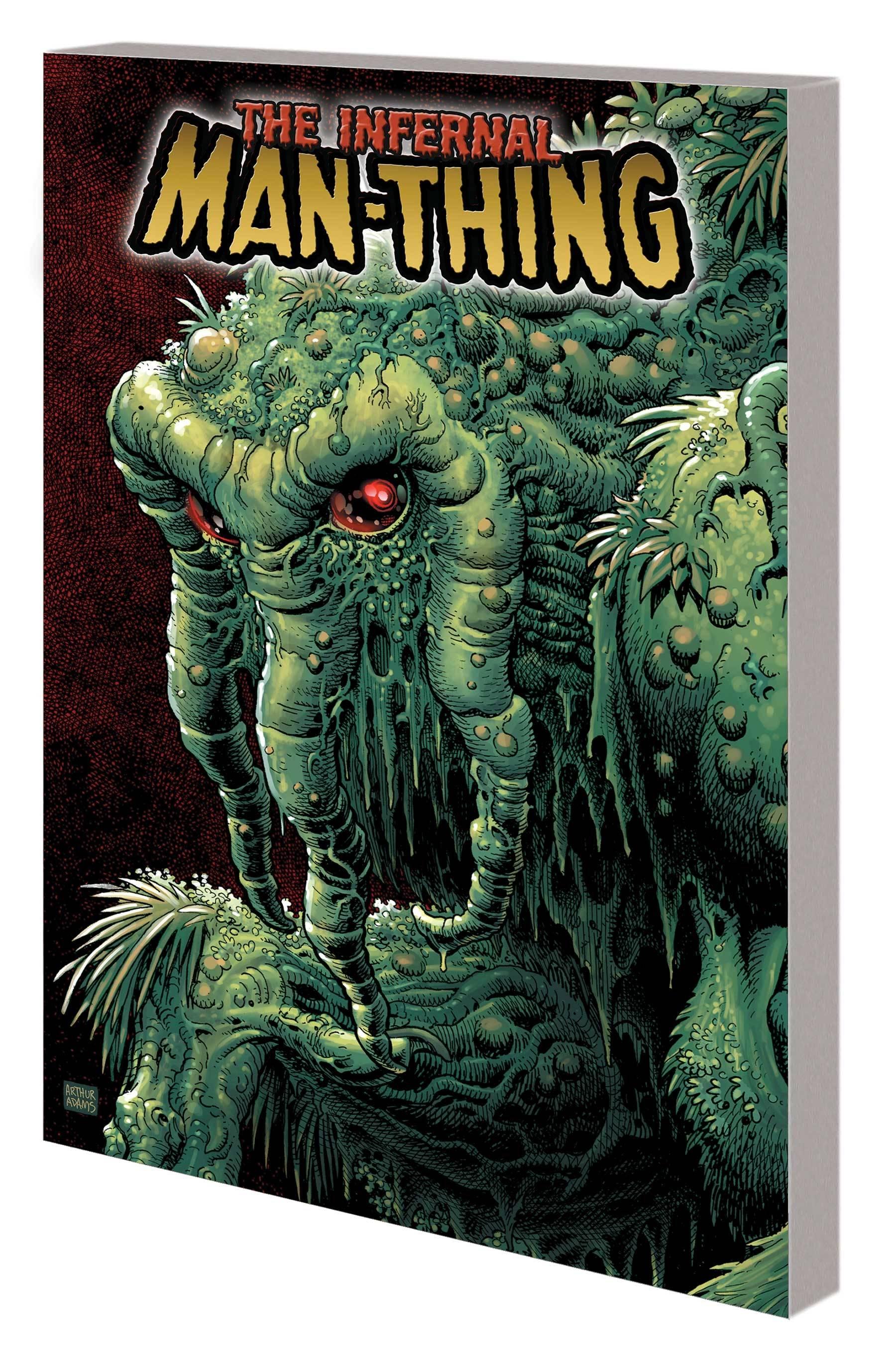 Steve Gerber takes the macabre Man-Thing out of his swamp and across the Marvel Universe! First, the muck-monster heads to Atlanta, where women are under attack by the life-stealing Scavenger! But that's nothing compared to the demonic Thog the Nether-Spawn! Plus: The uncanny return of the Molecule Man brings Man-Thing and Iron Man together, old pal Howard the Duck reluctantly joins in on a far-out fantasy adventure, Spider-Man swings by for a team-up, and the Man-Thing shambles into a satanic Super-Soldier scheme! Plus: Gerber's infernal final Man-Thing story revisits a beloved classic. What is the mystery behind the "Screenplay of the Living Dead Man"? Collecting MAN-THING (1974) #19-22, IRON MAN ANNUAL #3, HOWARD THE DUCK (1976) #22-23 and INFERNAL MAN-THING #1-3 and material from RAMPAGING HULK (1977) #7, WEB OF SPIDER-MAN ANNUAL #4 and MARVEL COMICS PRESENTS (1988) #1-12. Rated T+