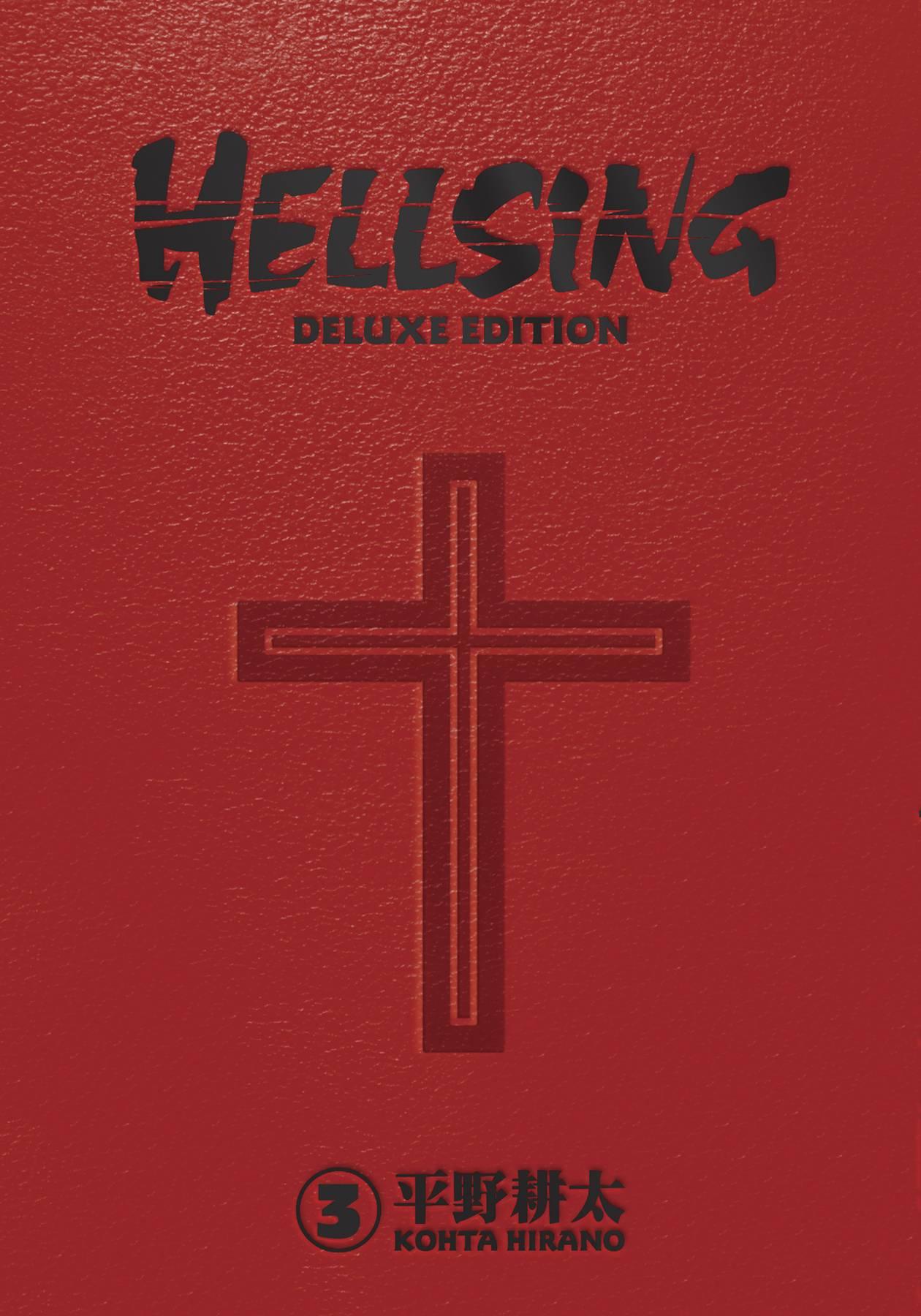 The international hit manga series concludes in this deluxe hardcover edition, collecting Kohta Hirano's action- horror epic for the first time in its original 7" x 10" serialized format. Includes an extensive color gallery and all the author notes, character profiles, and bonus art, including color art not included in the original Dark Horse paperback editions. The curtain rises on the final act of the apocalyptic war between vampires, werewolves, fanatics, and mercenaries. Amidst the grisly wreckage that is now London, the champions of light and darkness face off in a final showdown that will determine the humanity's future... or its downfall! Collects Hellsing chapters 63-88 from Hellsing volumes 8-10, plus extras from volumes 1-10.