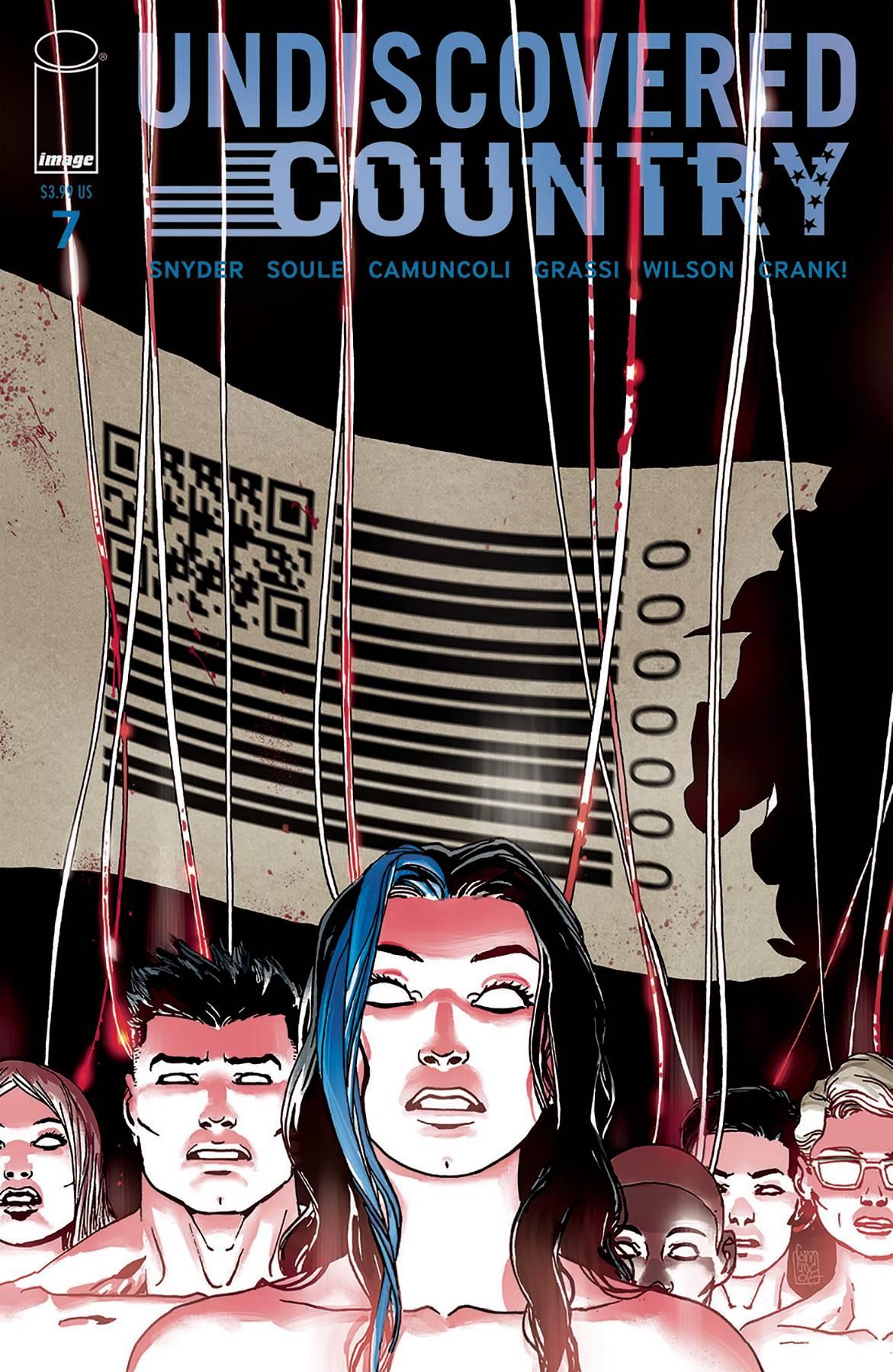 "UNITY," Part One The smash hit series written by New York Times bestselling writers SCOTT SNYDER (WYTCHES, AD: AFTER DEATH) and CHARES SOULE (CURSE WORDS, the forthcoming novel Anyone) with art by GIUSEPPE CAMUNCOLI (The Amazing Spider-Man, Darth Vader, Hellblazer), newcomer LEONARDO MARCELLO GRASSI, and Eisner-award winning colorist MATT WILSON (THE WICKED + THE DIVINE, PAPER GIRLS) continues! After barely escaping the deadly clutches of the Destiny Man, the expedition team has crossed over into the strange new zone of "Unity"-a futuristic world of gleaming technology and artificial intelligence. But will it be a safe haven for our heroes, or are they destined to be absorbed into the hive mind?!