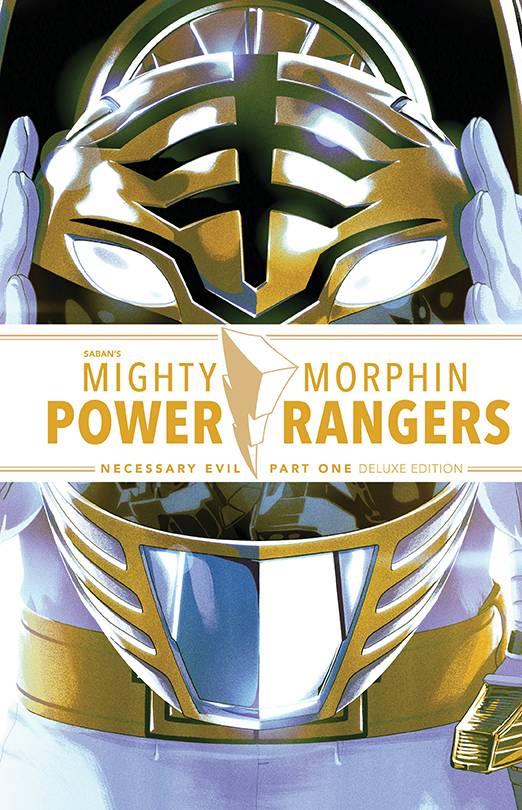 NECESSARY EVIL IS HERE AND NOTHING WILL EVER BE THE SAME! Following the reality-bending events of Shattered Grid, the Mighty Morphin Power Rangers must contend with the fallout from their war with Lord Drakkon including new teammates, mysterious allies, and terrifying new threats. The true origin of the White Ranger is revealed while Jason, Trini, and Zack are called upon to assume new mantles as the Omega Rangers. They must choose between their friends and their mission and defend Angel Grove from the greatest threat they've ever faced - the dreaded Lord Zedd! The first half of the Necessary Evil event by the writing duo of New York Times bestseller Ryan Parrott and the GLAAD Award-nominated Sina Grace with artists Daniele di Nicuolo, Francesco Mortarino, Daniel Bayliss, and Eduardo Francisco is collected here in a deluxe format hardcover. Collects Mighty Morphin Power Rangers #40-47 and Saban's Go Go Power Rangers #21-28, along with a brand new 15-page story exclusive to this collection by Frank Gogol (Power Rangers Unlimited: Edge of Darkness) and Giuseppe Cafaro (Power Rangers: Soul of the Dragon).