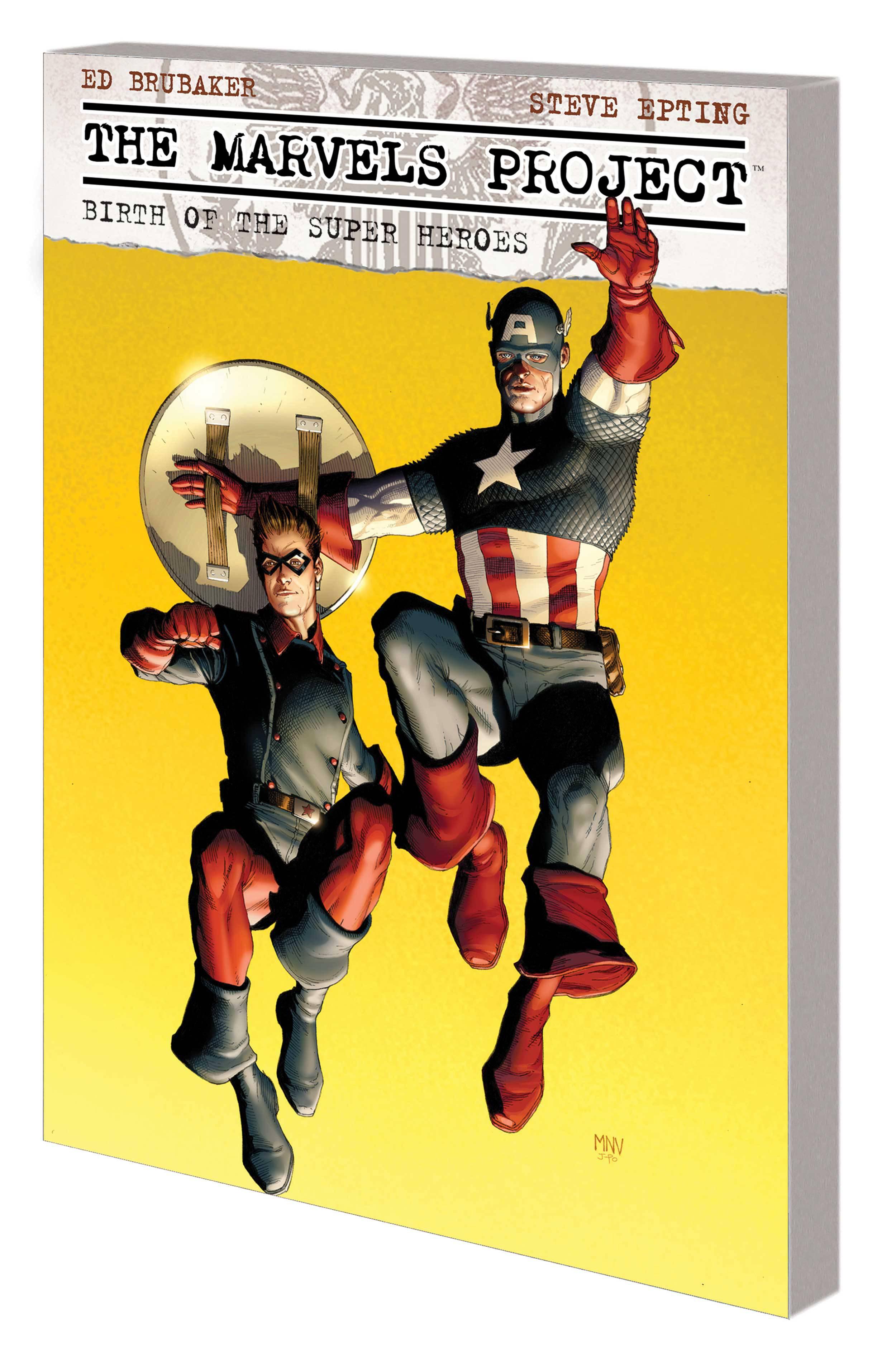 Who is the mysterious old man who lies on his deathbed in a hospital in 1939, and how does his passing mark the beginning of the first heroic age of the Marvel Universe? Ed Brubaker and Steve Epting unveil the defining story of the rise of the superhumans - revealing the hidden connections that unite the earliest costumed champions, the reverberations of which are felt dramatically into the present day! In a world on the brink of war, the race is on to create the first Super-Soldier! Witness the earliest days of the Human Torch, the Sub-Mariner and more - how they shaped the world to come and how the future they would create in turn shaped them! A must-read saga for any Marvel fan from the award-winning creators who redefined Captain America! Collecting THE MARVELS PROJECT #1-8. Rated T+