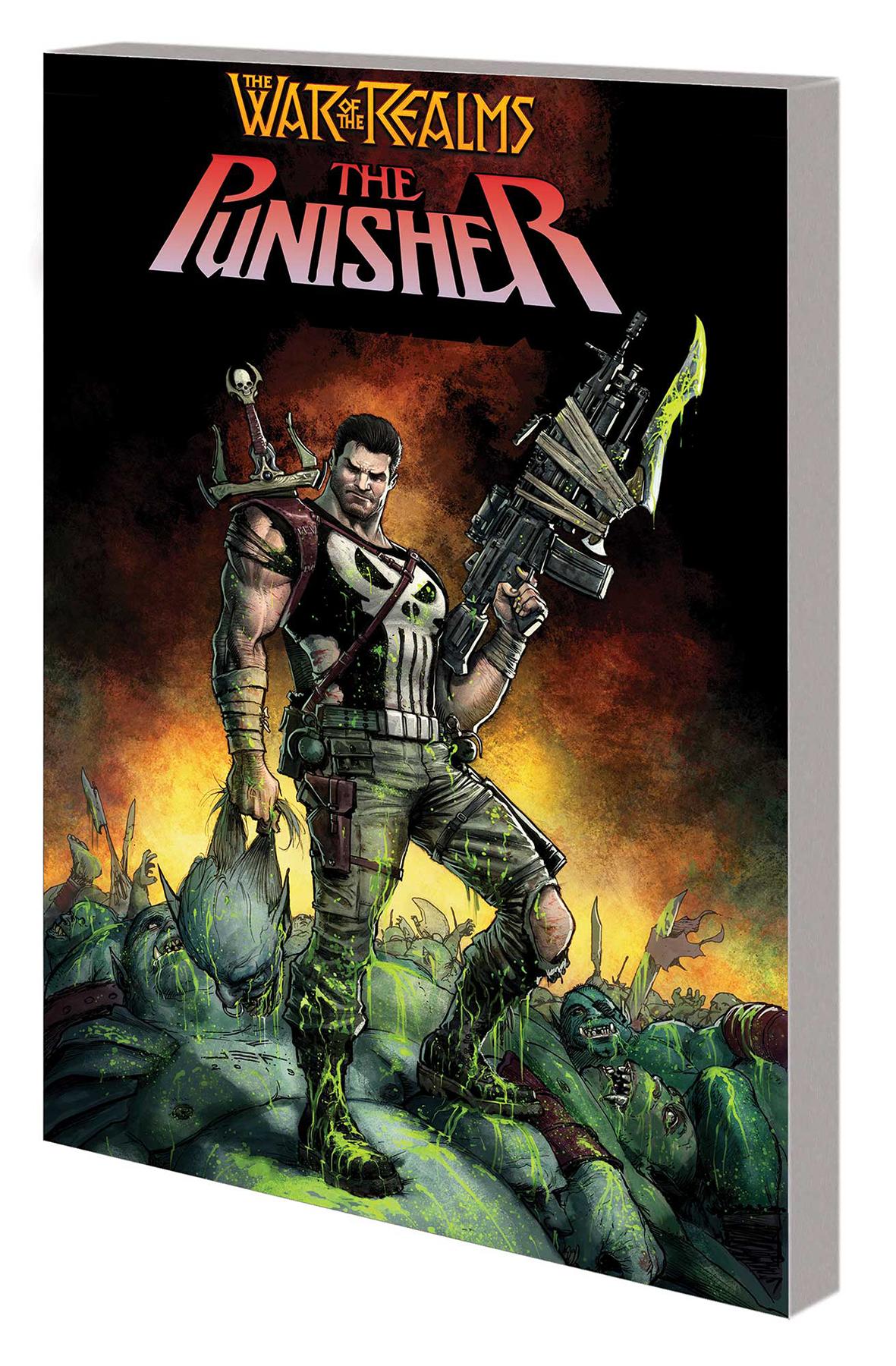 Frank Castle: Avenger of Midgard! The War of the Realms has brought monsters and mayhem to the streets of New York City, but New York has a homegrown nightmare all its own: the Punisher! And he'll be damned to Hel if he's going to let a bunch of tin-pot tyrants from the Ten Realms terrorize his town. But given that he's just one man against an army of elves, giants, creatures and more, Hel might soon have him despite his best efforts! Swords and steel meet bullets, bombs, grit and guts as Marvel's one-man army joins the War of Realms! Expect all-out war. Expect punishment! Plus: Bonus war stories starring She-Hulk and Doctor Doom! Collecting WAR OF THE REALMS: THE PUNISHER #1-3 and material from WAR OF THE REALMS: WAR SCROLLS #3. Parental Advisory