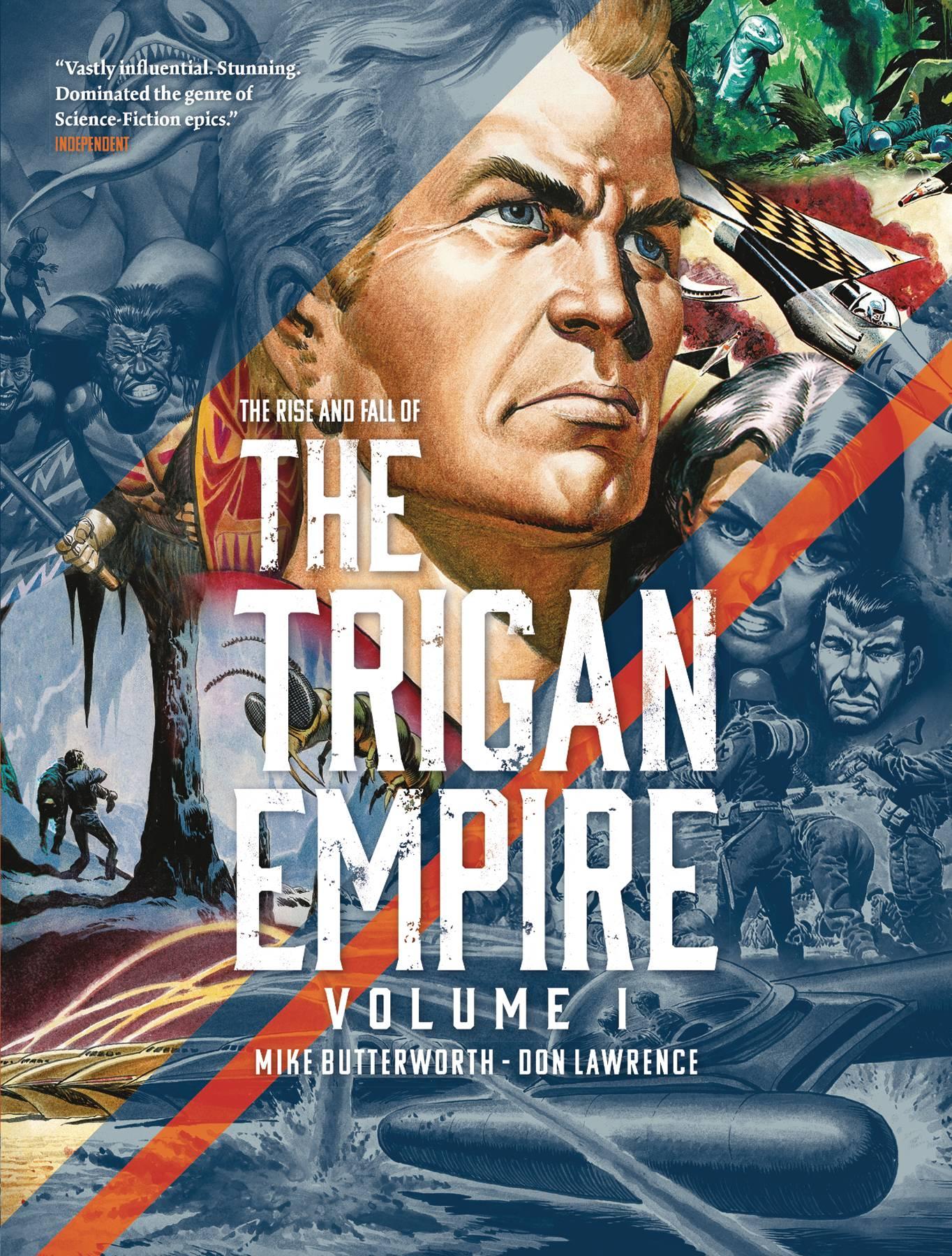 The first of a four-volume series reprinting The Rise and Fall of the Trigan Empire, a landmark 1960s science fiction series which rivalled Game of Thrones in popularity and was the precursor to every mythic sci-fi adventure to come! Under the leadership of Trigo, the Vorg tribesmen band together to resist the Lokan invaders, forming a new country, The Trigan Empire. Featuring an extraordinary combination of the Roman Empire and ancient Greece, Trigo's story is told in ground breaking fully painted artwork. This is the first in a series collecting all the stories painted by the legendary Don Lawrence.