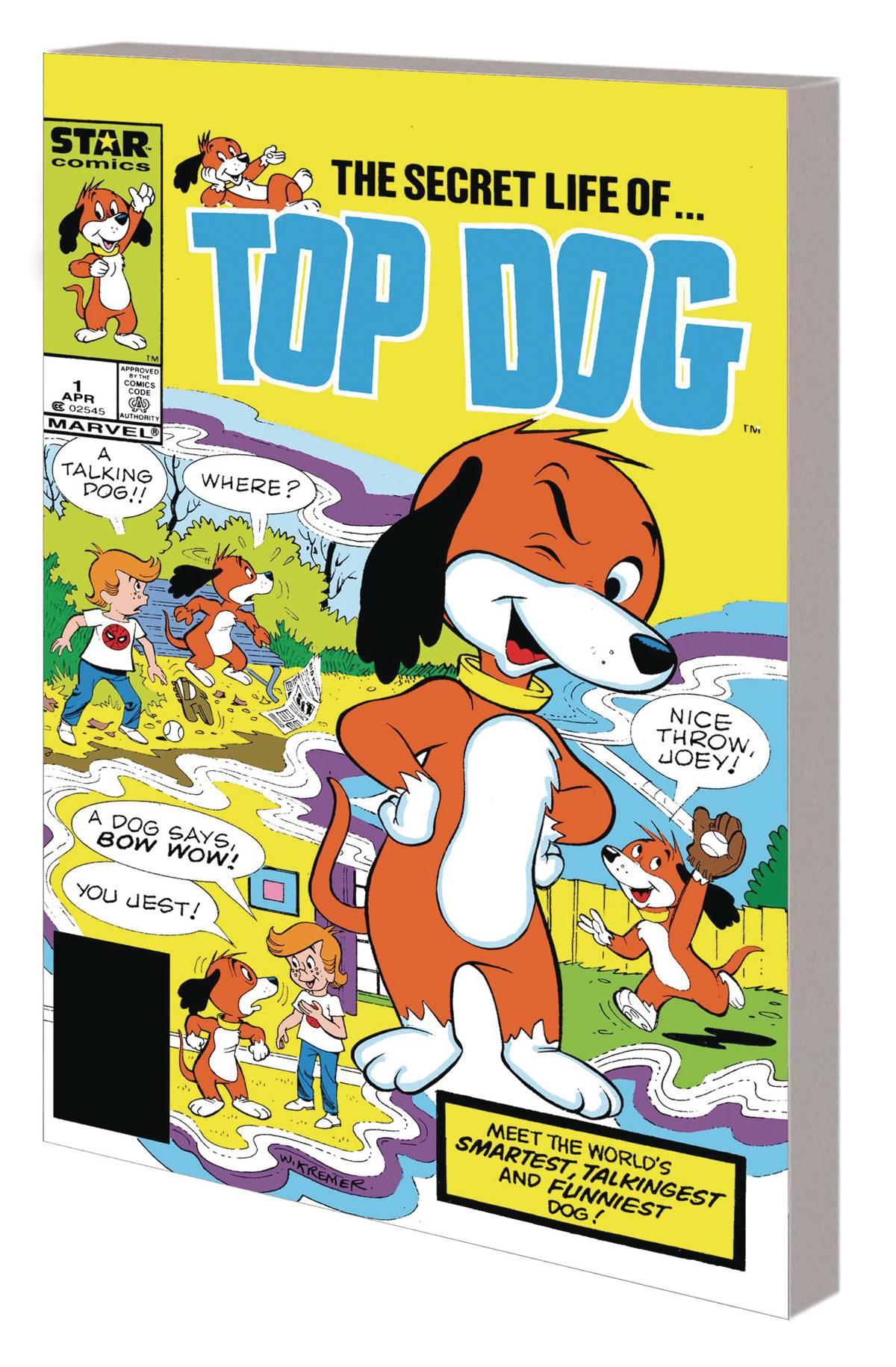 He's the world's smartest, funniest - and talking-est - dog! That's right, Top Dog can talk - but don't tell anyone! One of the biggest names in Marvel's 1980s Star Comics imprint, Top Dog shared hair-raising and hilarious adventures with his best pal, Joey Jordan - and now you can relive them! When Mervin Megabucks - the richest, meanest kid in town - discovers what Top Dog is capable of, he sets out to dognap him! Our clever canine is accused of being a foreign spy and put behind bars - but what is the truth about Top Dog's past, and what will that mean for his and Joey's future? Featuring King Invisible, Frank 'n' Stein, Royal Roy, Dirty Dog - and would you believe, the Amazing Spider-Man?! Collecting TOP DOG #1-14. All Ages