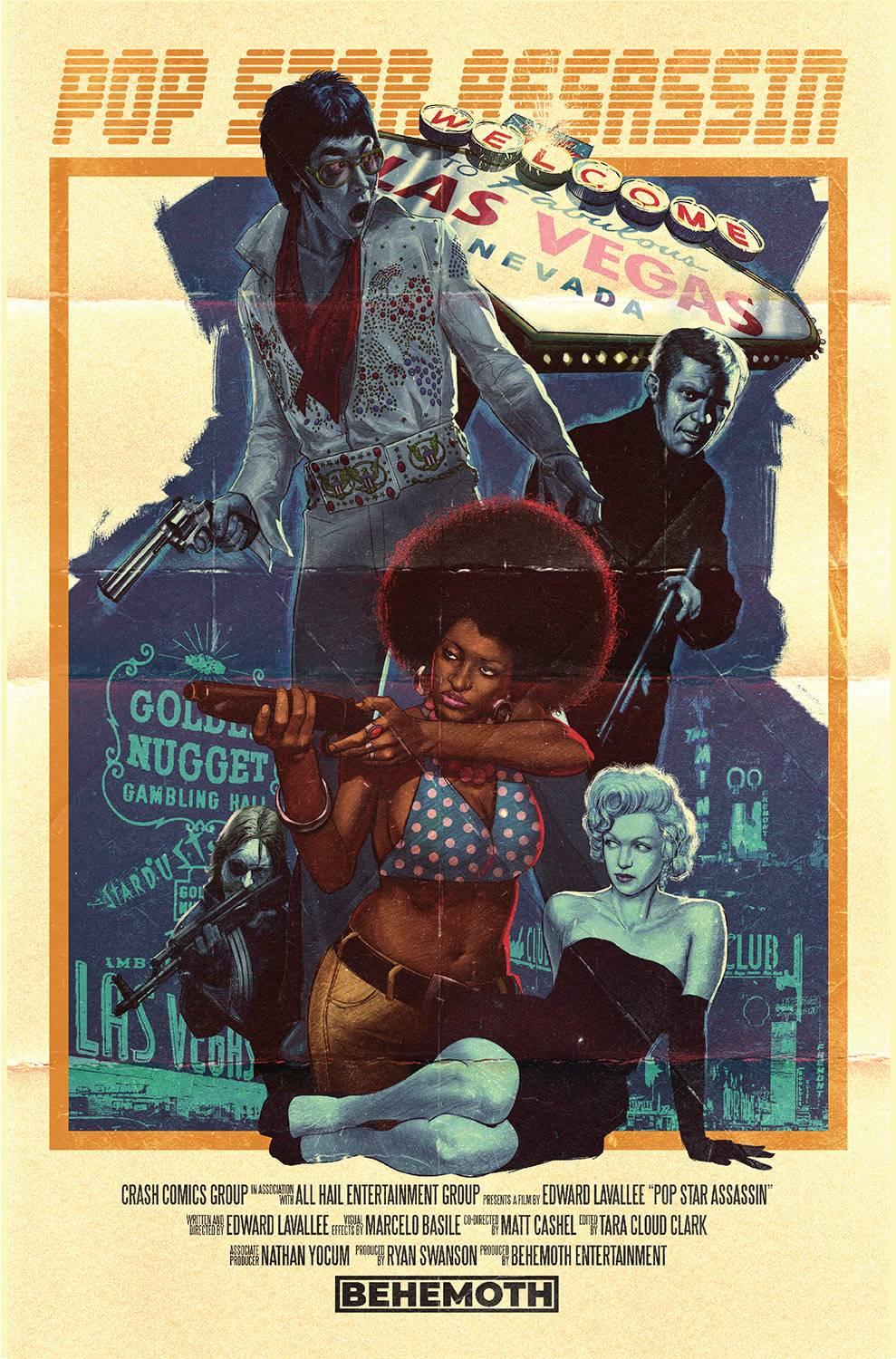 Movie Poster cover by Marcelo Basile. The year is 1977. The King is dead. The world mourns. But... When a mysterious briefcase turns up in his dressing room, Bruce-a coke-addled Elvis impersonator finds himself wedged between a Mob boss out for revenge and a government conspiracy with far-reaching, world-ending ramifications; all in an attempt to discover the true identity of his father's killer. It's sex, drugs, rock n robots 70's style in this all-out action adventure. The year is 1977. The KING IS DEAD - LONG LIVE THE KING! And who the f*ck is Molly?