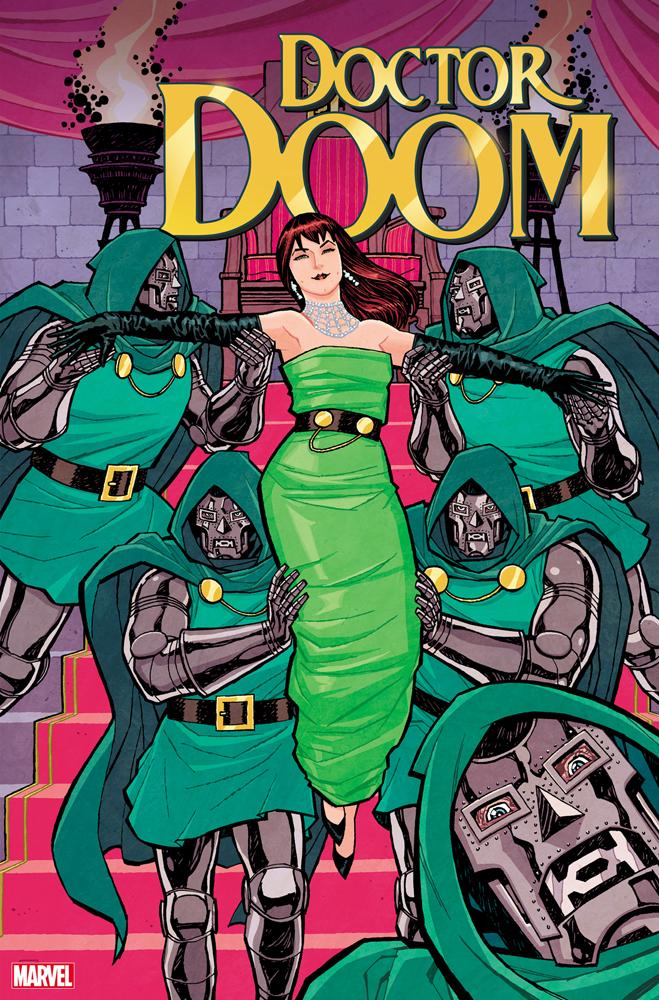 THE CRACK OF DOOM! From Christopher Cantwell (HALT AND CATCH FIRE, SHE COULD FLY) comes a new monthly ongoing series... Victor Von Doom - scientist, sorcerer, disfigured face, twisted soul - has been spending much of his time warning against a trillion-dollar global effort to create the first "artificial" black hole. Wrestling with visions of an entirely different life...a better future...DOCTOR DOOM finds himself at a crossroads. (what is he questioning?) A catastrophic act of terrorism kills thousands, and the prime suspect is... DOOM? Victor will have to push his unexplained thoughts aside and focus on remaining alive as the title of "Most Wanted Man" is thrust upon him.... Left with no homeland, no armies, no allies, indeed, nothing at all, will the reign of Doctor Doom come to an abrupt halt? Rated T