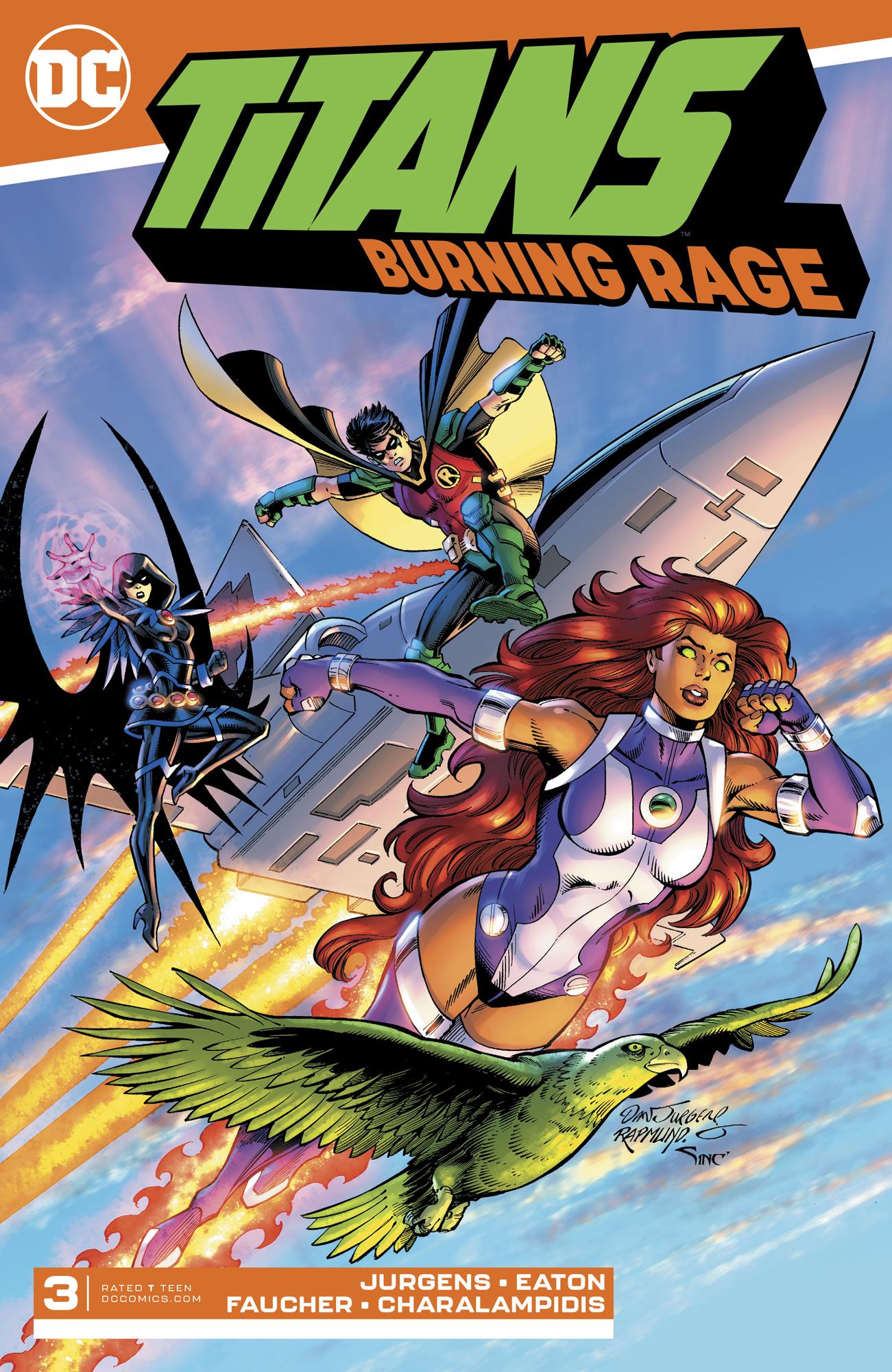 Available to comics shops for the first time! Collects Teen Titans Giant #5 and #6. Raven's powers are out of control, and it's up to Beast Boy to stop her from going too far--in the midst of an attack from the Fearsome Five! Let's hope the team gets on the same page soon, since it'll need to truly be "Titans Together" if they're going to have a chance at stopping H.I.V.E. and their plans for world domination.