SUPERMAN YEAR ONE #3 (OF 3) ROMITA COVER 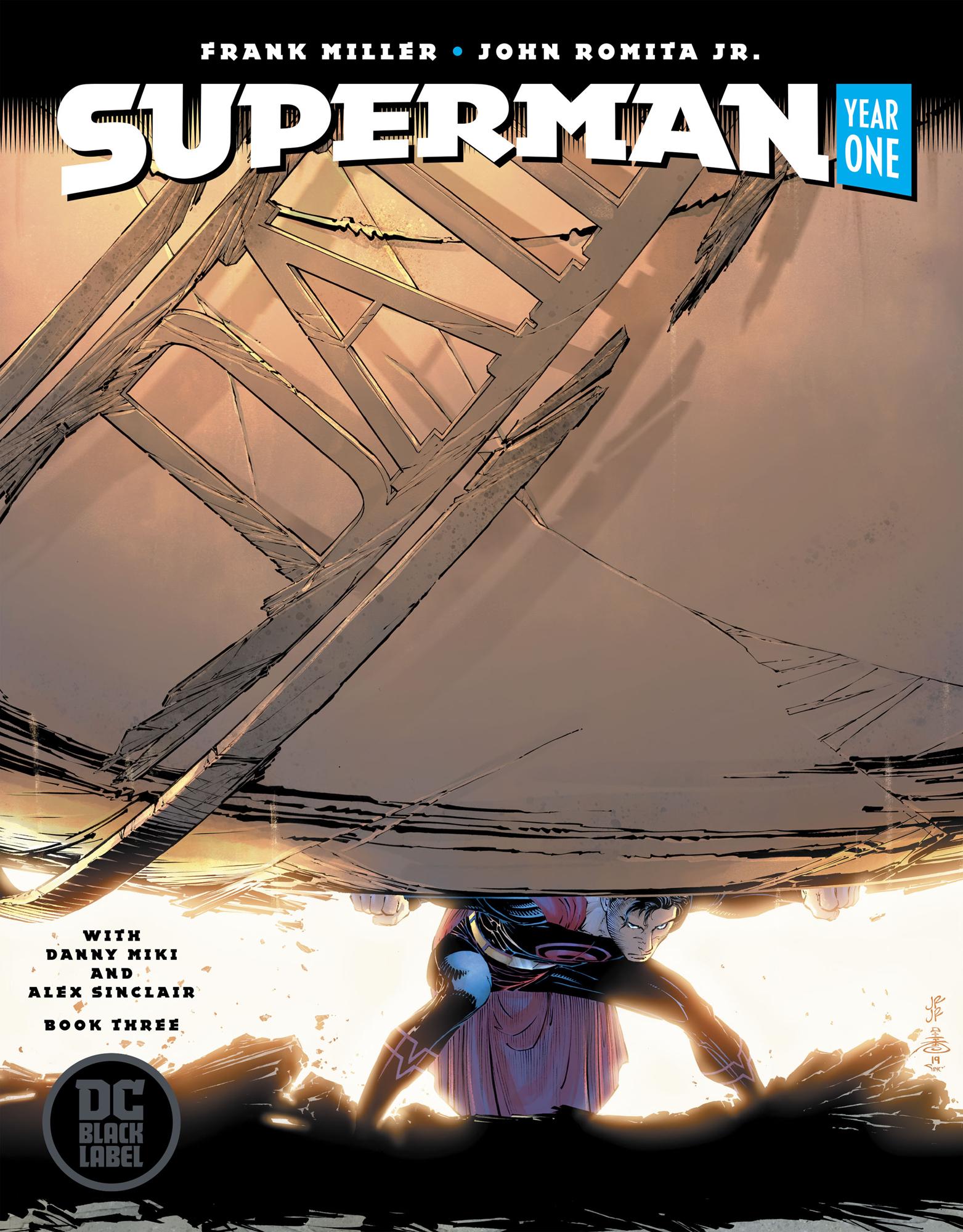 It's the jaw-dropping conclusion to Frank Miller and John Romita Jr.'s blockbuster reimagining of Superman's origin! In this final chapter, Clark Kent arrives in Metropolis, the city where he will fulfill his heroic destiny. Witness the first meeting between Superman and Lois Lane, the beginnings of Clark Kent's career at the Daily Planet, and the birth of his rivalry with Lex Luthor. But when The Joker arrives on the scene, the Man of Steel must enlist the help of his two strange new friends: Wonder Woman and Batman!