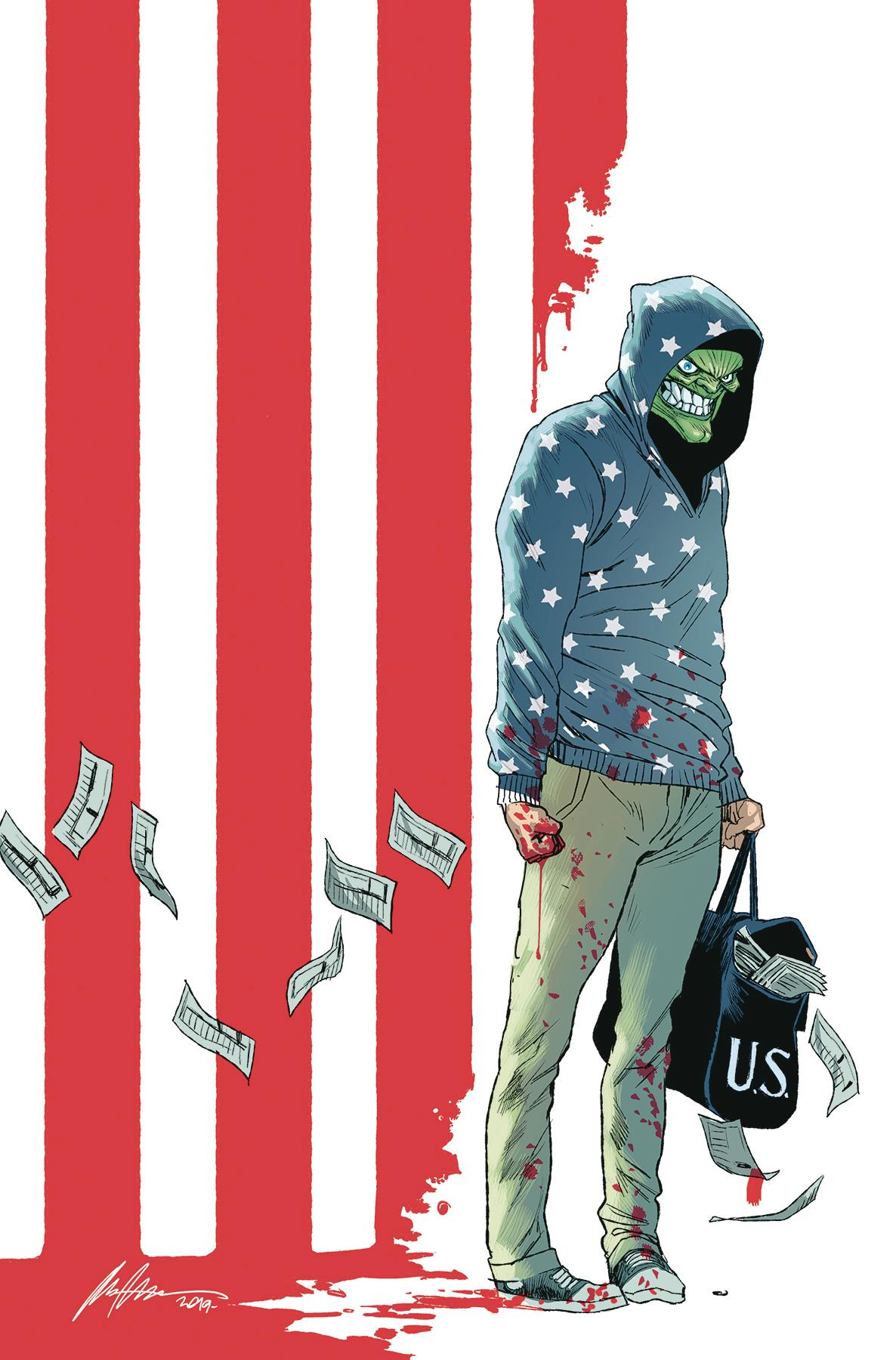 The best-selling comic series that inspired the blockbuster film returns with gruesome hilarity from the showrunner of AMC's Halt and Catch Fire and Hellboy's Patric Reynolds. Years ago, a weird mask of unknown origin and limitless power was buried in the cement of an apartment building's basement floor. Edge City and its residents have all but forgotten the mysterious green-faced killer known only as "Big Head." But now, decades later, the bizarre Tex Avery-style killings are happening all over again and are on a collision course with a bizarre political campaign where a homicidal maniac wants to "Make America Green Again"!