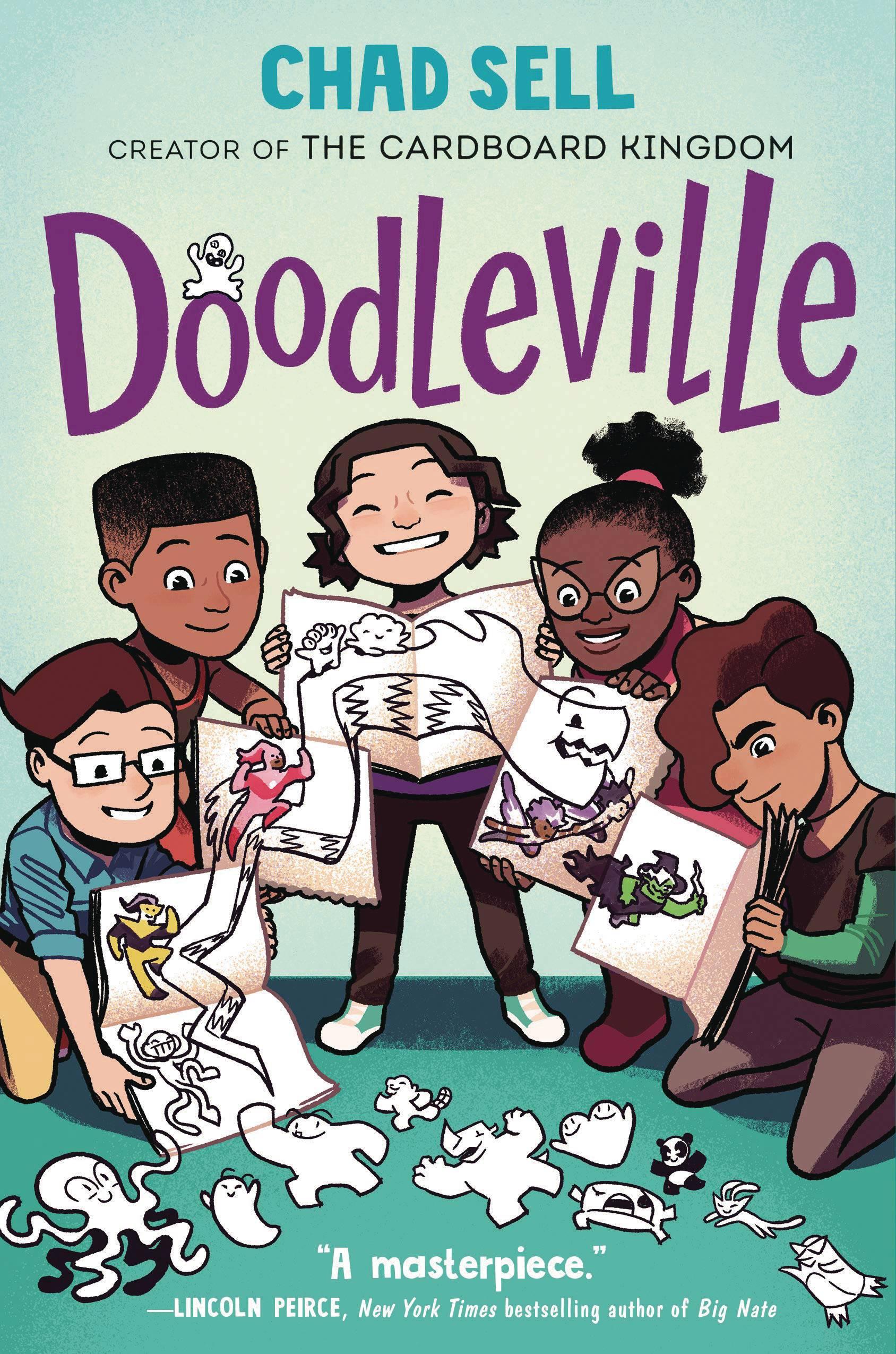 For fans of Svetlana Chmakova's Awkward and Raina Telgemeier's Smile comes an inventive new story from Cardboard Kingdom creator Chad Sell about a group of young artists who must work together when one of their own creations becomes a monster. Drew is just a regular artist. But there's nothing ordinary about her art. Her doodles are mischievous...and rarely do they stay in Doodleville, the world she's created in her sketchbook. Instead, Drew's doodles prefer to explore the world outside. But after an inspiring class trip to the Art Institute of Chicago-where the doodles cause a bit too much trouble-Drew decides it's time to take her artistic talents to the next level. Enter the Leviathan-Levi, for short. He's bigger and better than anything Drew has ever created before. He's a monster, but a friendly one. That is, until Levi begins to wreak havoc on Drew's other doodles-and on the heroes her classmates have dreamt up. Levi won't be easily tamed, and it seems there is a link between the monster's bad behavior and Drew's feelings. With the help of her loyal art club friends, will she be able to save Doodleville-and Levi-before it's too late?