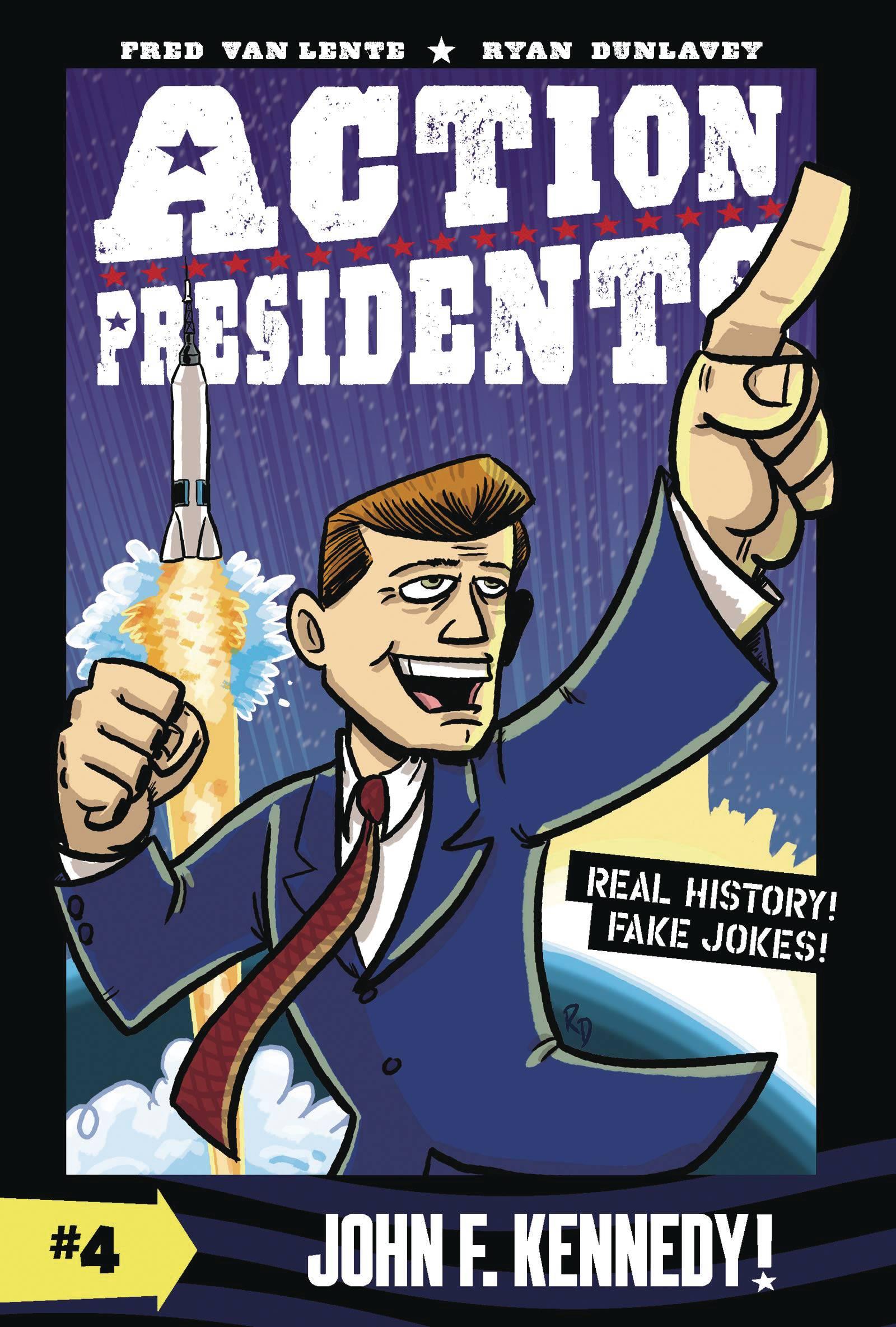 ALA award-winning author-illustrator duo Fred Van Lente and Ryan Dunlavey bring John F. Kennedy's life to the page like never before-as the hero of a nonfiction comic-style biography in a hilarious, all-too-true, fully illustrated middle grade adventure. John F. Kennedy! is the fourth title in the Action Presidents series, now in full color! We all know that John F. Kennedy was a World War II hero and a pro at giving speeches. But did you also know he survived shark-infested waters, suffered a case of mistaken identity, and once used a coconut to send a secret message? Read all about the king of Camelot, beloved Bostonian, and awesome orator John F. Kennedy in the fourth Action Presidents book, where the history is real and the jokes are fake, from the ALA-award winning author-illustrator team of Fred Van Lente and Ryan Dunlavey.